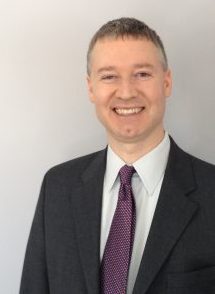 Matt Benedict has worked in the insurance industry since graduating from Indiana University, Bloomington, in 1993. He began his carrier as a captive agent with Indiana Farm Bureau Insurance. In 1996, he was hired by a small mutual insurance company in Indiana to run its operations.  In 2003, this company became Home and Farm Mutual and it affiliated with Buckeye State Mutual, located in Piqua, Ohio. With Buckeye’s strong farm insurance writing presence in the Midwest and Matt’s farming background, he was asked to become the farm underwriting manager of the company in 2007. He also served as the president of the Mutual Insurance Company Association of Indiana (MICAI) from 2007 through 2009.

In 2012, Matt was hired as the executive vice president of Midstate Mutual Insurance Company. At their 2014 annual meeting, he was elected the president and CEO of the company. Midstate Mutual is a property and casualty insurance company located in Auburn, New York.

Matt has been a board member of the New York Insurance Association (NYIA) since 2016. He currently is the Political Action Committee (PAC) Chairman.