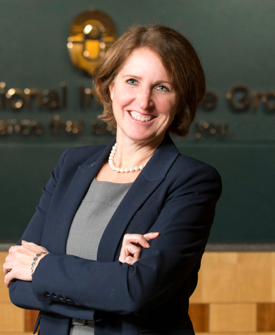 Ms. Martin holds a juris doctorate from Albany Law School, a Bachelor’s Degree in economics and government from St. Lawrence University, and the Associate in Claims (AIC) professional designation.

She has been active with the United Way campaign, and has served on the Parent Teacher Association of the Clinton (New York) Central School District, as a member of the school’s Sports Boosters, and as a Child Volunteer Protection Advocate board member of the American Youth Soccer Organization. She is a Laurentians Investing in Networking and Careers (LINC) mentor for St. Lawrence University and a member of its Parents Committee. She is also on the McNeil Academy Advisory Board of LeMoyne College and is a member of the Campaign Steering Committee of the Mohawk Valley Health System. Kristen was elected to the New York Insurance Association’s Board of Directors in 2020.