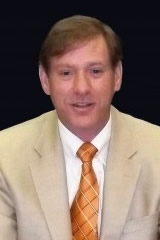 Steve began his insurance career in 1983 when he hired on with Wausau Insurance Companies as an Account Representative producing commercial lines insurance. After several years he was recruited by American International Group to serve as their Production Manager for their Upstate New York region. Several years after that he was offered an opportunity to return to his hometown, Cobleskill, New York, and work for the Sterling Insurance Company.

After working for both a national and international insurer, Harris found Sterling, a smaller regional carrier, to be a “breath of fresh air.” Harris indicates that most of the processes were very similar to those of the larger behemoths he had previously worked for, even if the number of digits associated with the transactions were fewer. He particularly enjoyed the opportunity to become more intimately involved with virtually all aspects of running a property casualty insurance company.

He has held numerous positions and titles since embarking on his career with Sterling all culminating with being elected to Sterling’s Board of Directors in 2000 and being elected President and CEO in 2002. The organization which, writes both commercial and personal lines insurance throughout all areas of New York State, has enjoyed significant success under Harris’ leadership. They were recently voted the #1 regional personal lines carrier, for an unprecedented third consecutive year, in a survey of agents and brokers conducted by the Independent Insurance Agents and Brokers of New York. They were also voted the #2 carrier in 2012, after being voted 1 in 2011, out of 55 companies by insurance agents and brokers in a very robust survey conducted by the Professional Insurance Agents of New York. Sterling is a mutual company founded in 1895 and is rated A (Excellent) by AM Best Company.