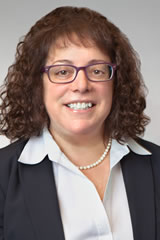 Elizabeth Heck is president and CEO of GNY Insurance Companies. Prior to being named president in August 2010, Elizabeth served as the company’s CFO where she was responsible for the financial operations and several other operating units of the Company. She is a CPA with over 25 years of experience in the accounting profession, twenty one of which were with property/casualty insurance companies.

She began her career with Ernst & Young upon graduation from Franklin & Marshall College, where she earned a BA in Accounting. Prior to joining the GNY Insurance Companies as the company’s controller in 2001, she worked at both Home Insurance Company and GRE Insurance Group where she served in high-level financial positions.