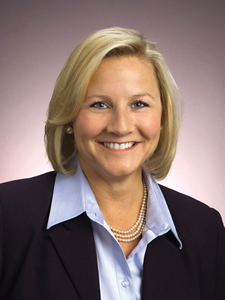 Ellen D. Melchionni is president of the New York Insurance Association (NYIA)—a statewide trade association that has served the property and casualty insurance industry for more than 130 years. NYIA serves its membership through public policy advocacy and educational forums, and works with its members to promote a robust insurance marketplace in New York State. As president she is responsible for overseeing all strategic and operational functions of the association and serves as the key spokesperson for the association. She regularly speaks as a New York insurance, legislative and regulatory expert.

In addition, Ms. Melchionni serves as president of the New York Insurance Scholarship Foundation, a charitable organization that supports the educational goals of students studying the business of insurance.

Ms. Melchionni holds a bachelor of arts degree from the State University of New York at Albany and graduated cum laude. She holds the Certified Association Executive (CAE) designation from the American Society of Association Executives. She is a graduate of the Empire State Society of Association Executives’ Association Leadership Academy, serves as an Academy Dean and is immediate past chair of the society’s board of directors. She is also a graduate of the distinguished Albany County Chamber of Commerce Capital Leadership Program. She serves as a director of the New York Alliance Against Insurance Fraud and served as the organization’s president for 10 years. She serves on the board of the Insurance Industry Charitable Foundation Northeast Division, is a member of the National Association of Mutual Insurance Companies (NAMIC) Advisory Council and the Industry Education Council to the National Conference of Insurance Legislators.

Ms. Melchionni resides in Loudonville, New York, a suburb of Albany, with her husband William and their two children.